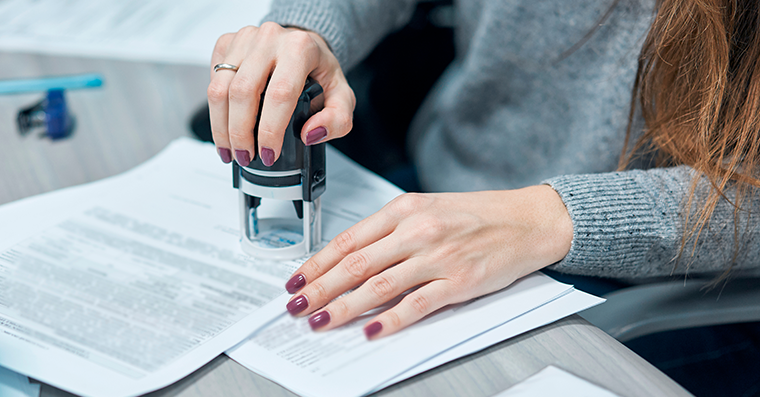 To get into vital records, it’s a good idea to first get an idea of what vital records are. What does it mean when someone wants to look into a person’s vital records?

A Record of Life Events

First off, vital records offer a set-in-stone record of someone’s life. That’s why they’re considered “vital” records — they contain the most essential pieces of information about an individual. Essentially, if you were to sum up someone’s life with just a few sentences, you would probably list all the information vital records would contain.

Although vital records don’t always encompass everything that happened in someone’s life, especially when it comes to criminal records, they’re very helpful if you’re just looking to find very basic information about an individual, especially a deceased one.

Though a full set of vital records for an individual can be very bare-bones, it’s actually a good way to get to know a little bit about that person. Vital records offer all the most important information about a person. So by looking at this set of records, it’s much easier to get an idea of what happened throughout that person’s life. That way, you don’t have to page through every record the courts kept on an individual. You can basically just get the quick version.

If you’re trying to collect information for a family tree or other project that essentially only involves information like a person’s birth, death and marriage, vital records are exactly what you should look for. These projects usually don’t rely on more interesting things like a person’s criminal record, and getting an outline with vital documents is a great way to start.

An important thing you should remember is that vital records only include official documents and records. It doesn’t include unofficial documents that you might find in a family library or autobiography; unless the courts issued these documents, you won’t find them in the vital records. That means you won’t find events that would otherwise be significant, such as a common-law marriage. Even though you might find that information by process of elimination in certain public records, vital records usually won’t give you that information.

What Type of Records Are Available as Vital Records?

So what records exactly exist as vital records? Though the exact definition of “vital records” varies at times, these are a few record types you can expect to find in vital records.

First, if any records exist, you’ll always get birth records. That includes birth records of an individual, but it might also include any birth records of children that cite the individual in question as a parent. As you move further back into the past you might have a harder time finding birth records due to spotty record-keeping, but the government is able to catalog almost all modern births in America.

Another vital record concerns the other side of life: death. If an individual is deceased, vital records will include general information about the person’s death. Usually you won’t find an actual death certificate in vital records; instead, the information will be more broad, similar to how birth records differ from birth certificates.

If the death occurred in a hospital, you may find extra information that might not be present if the individual died in a nursing home or at the person’s own residence, especially if the death was unexpected. This is another hole you may be able to fill with public records. If nothing else, death records almost always cite the date of death, so you can add that to your family tree.

Another important life event that vital records almost always include is marriage. Marriage is an important social and legal commitment, and to make a marriage official in the eyes of the law, couples need to obtain a marriage license. Couples can live together before getting married, but a marriage certificate officially binds the two together and offers certain benefits and requirements.

How Do I Get Vital Records? 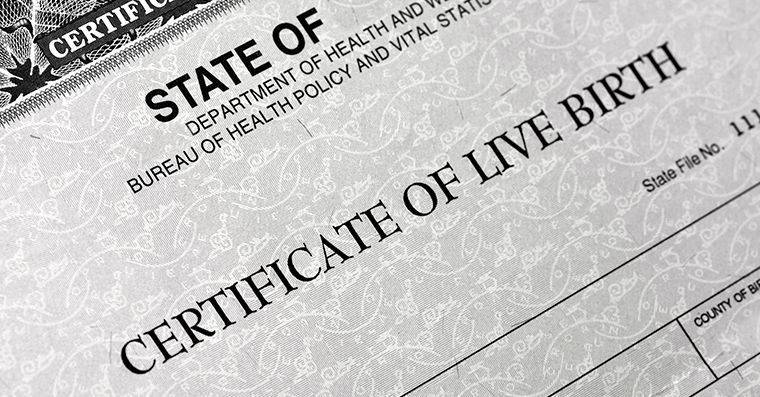 If you’re interested in using vital records for your own research or use, you might be wondering how you can get those vital records. This is the best way to do it:

Go Through Courthouses and Archives

As vital records consist of publicly-available records, it is technically possible for you to go through courthouses, sheriff’s offices and other record-keeping archives to find the information for which you’re looking. Some information exists more publicly than others. But generally, individual records go through courthouses and other legal areas.

The thing is, this isn’t always the best option for people. Although it’s definitely possible, you might end up paying high administrative fees, running into dead ends and combing through a huge variety of public records before you can actually get the information.

Use an Online People Search

The good news is that courthouses aren’t the only answer. Before you even try a local courthouse, why not try PeopleFinders instead? With this online people search, you don’t have to wait for courthouses to get back to you, or pay high administrative fees for every record you pull. PeopleFinders allows you to do everything from the comfort of your home, which means you get to research people without having to go out.

This also makes it much easier for you to actually create a family tree. Digital family trees can be incredibly useful, and if you’re interested in creating a family tree of some kind, it’s a good idea to craft it digitally first. Use the records from PeopleFinders to populate your digital tree.

Get Results at PeopleFinders

You don’t have to worry about the annoying push and pull that can happen when you’re trying to search vital records from a courthouse. PeopleFinders does all the heavy lifting — you just have to use someone’s name in order to access important records from that person’s life, including vital records.

If you’re trying to do research, whether it’s for a family tree, another ancestry project, or just because you’re interested in someone near you, PeopleFinders is a great place to do it. Rely on us for the best results to meet your public record needs.

How can I do a vital records search on peoplefinders.com?

A person's available vital records are usually accessible on PeopleFinders starting with a public records search or background check.

Can I find vital records for free on peoplefinders.com?

Vital records are a challenge to gather and maintain. So, we must charge for access to them to make the effort worth our while.

How do I look up vital records?

What are vital records?

Vital records encompass a variety of life events that are recorded and maintained by a government agency. They can include things like birth records, marriage records, death records, and so on.

They are, technically, but access to most official vital records tends to be limited to the person of record, or an immediate relative.

What is a certification of a vital record?

A certification of a vital record is a certified copy of an original document. For example, most birth certificates that people request are certified copies of the one original, which remains in the possession of the government agency of record.

Why are vital records important?

Accurate vital records help in the formation of accurate vital statistics. Those statistics, in turn, inform important government programs, including those addressing general health, child welfare, and so on.

What Are Vital Records?