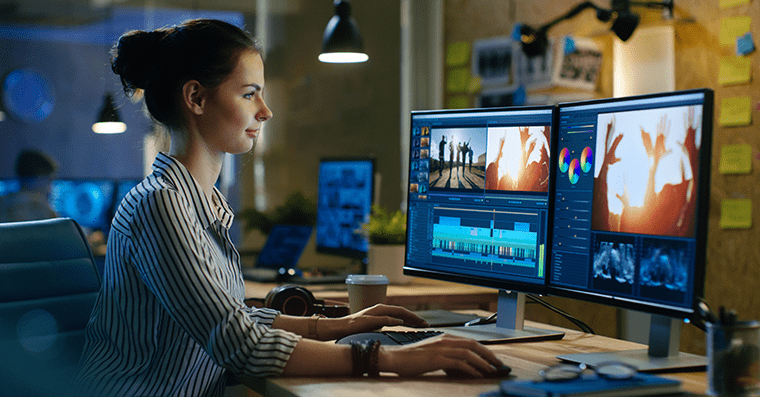 It’s possible that you’ve heard the word “deepfake” to describe a video before. But what are deepfake videos, and how might they have an impact on you?

Both Real and Fake

Deepfake videos’ convincing nature comes from the fact that they’re at once both real and fake. To create a deepfake, someone has to use an AI to convincingly place the face of one individual onto the image of another. That image then moves with the voice and mannerisms of the second person, but with the face of the first.

Because the videos use images of two separate and real people to create the composite image, it’s possible for them to look incredibly real. Very sophisticated images, especially those meant to trick huge swaths of people, might even use additional technology that makes them even more advanced.

Where most people would consider this a very advanced form of technology, it might surprise you to learn it’s actually not as difficult to use as you might think. Many people can create a deepfake of their own in just a couple of hours as long as the videos are each high-res enough and contain enough screen time of the individual in question.

Amateur deepfake videos can sometimes be a little less convincing to watch, but just watch a few videos created by more practiced individuals with better software. The effect can be amazingly realistic. Combine deepfake video concepts with spliced audio and some information on human psychology, and you can create something truly convincing.

When they seem that authentic, and the topic that compelling, deepfake videos can go viral at an astonishing speed. And once someone is sure that a video is real, just try convincing them otherwise.

Many worry about whether an influx of deepfake video technology could have a very serious impact on security as a whole. Even just the concept itself is somewhat of a security nightmare: video of people saying things they never said and doing things they never did. It’s science fiction moved into the real world.

Any time you’re talking about new technologies, it’s a good idea to also take a look at how it might be dangerous. Deepfake videos are no different. Before this kind of deepfake technology was available, video was the next thing to actually being there. It was an electronic eye-witness. Now, when you view videos, you have to take a step back and question the validity of what you’re seeing.

How Can Deepfake Videos Be Dangerous?

Although it’s easy to see why deepfake videos might pose a problem to celebrities and politicians, it’s much harder to recognize why that might be the case for everyday individuals. How can this technology be dangerous for you?

Jilted lovers, upset friends and jealous coworkers are only some of the people who might have something to gain from making you look bad. The things that you do and say are what show your character, and you might know people who would enjoy showing someone a video that would seem to state the opposite of your genuine beliefs.

Even though it’s fairly rare for people to actually attempt to take revenge in this way, it’s still a good idea to keep your eyes open for anything. And be prepared to defend yourself with some of the more telltale technical signs of deepfake videos, just in case.

This one doesn’t work so much on deepfake video technology as it does on spoofing your voice. But it’s still a genuine worry. It’s actually a very common scamming technique, and it’s something that can have lasting effects. Known as the “Can you hear me?” scam, it functions on the ability to simply record you saying “yes.”

A scam that does this can then make it seem like you’ve granted approval for just about anything. When you go after your bank for charges you never authorized or a travel company for a trip you never booked, the booking authority in question can show you the phone call recording and you essentially won’t be able to say anything to the contrary.

In general, deepfake videos represent a growing issue with security and safety that has more to do with advancing technology than anything else. Truly, technology can work either for good or for evil. Nothing allows you to see this more than deepfake videos, which encapsulate some of the problems with technology while also showcasing some of the amazing parts of it.

For example, your favorite CGI movies and TV shows might start to use deepfake technology to creatively bring back deceased actors and invoke brand new movie magic. On the other hand, however, deepfake technology may sow seeds of uncertainty in political situations. It’s all based on the context in which it’s used.

How Can I Continue to Protect Myself Against Security Threats? 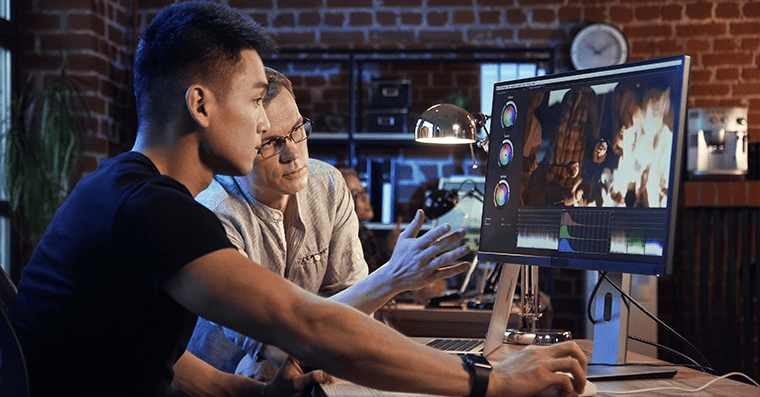 Whether it’s chain emails or convincing deepfake videos, you’re always going to need to protect yourself against something. These security tips will serve you well, no matter what you’re defending against.

Be Careful Giving Out Information

It doesn’t matter what the information is — you should always be careful if you give out information to anyone. As with the “Can you hear me?” scam, remember that even a small response to a scammer or telemarketer could end up coming back around to bite you. That’s why you need to always decide for yourself whether it’s worth it to give out information.

A good way to make sure you’re paying attention and only talking to trustworthy individuals is to use PeopleFinders’ suite of tools. We offer a variety of ways for you to take notice of your safety; there’s sure to be something you can use.

Check People Who Communicate With You

Whenever you get a phone call or plan to meet up with someone, it’s a good idea to check that person out and make sure that everything’s safe. When it comes to actually pay attention to specific people, there are two tools that are especially useful: the reverse phone lookup and the criminal records search.

With a criminal records search, you can try and get the whole story behind who an individual really is. Use this search for new boyfriends and girlfriends, old friends that want to meet up, Craigslist sellers and plenty of other people who contact you. The reverse phone lookup gives you direct access to lots of information about the person behind a phone number, including updated and additional contact information.

Use PeopleFinders to Be Safer

There are lots of threats in the world, but if you’re smart, you can mitigate those threats on your own. The tools at PeopleFinders allow you to approach the world through a more security-heavy eye, making it easier for you to handle them. After all, you don’t need to be a security whiz to know you should be staying as safe as possible at all times.

PeopleFinders gives you the information that you need to have a safer life on the whole. It offers billions of records for millions of American adults: that’s over one petabyte of information on people across the country. So you can effectively start and learn how to protect yourself from deepfake creators, scammers, and other shady types online.

How can peoplefinders.com help when it comes to deepfake videos?

You may not be able to analyze a video itself, but you can try to look up information about the person who created it.

Can I do deepfake video research for free on peoplefinders.com?

Probably not. You may be able to find some basic information for free, but we charge for access to the deeper information you will likely need.

How can I do research on deepfake videos online?

Deepfake videos are notorious for their realism and often controversial subject matter. You can find a variety of sites that discuss such videos and how to identify faked aspects.

How do public records help with identifying deepfake videos?

Public records may be able to raise suspicions about a person who makes deepfake videos. Finding a history of fraud or other crimes can help with that.

Where else can I go to get information about deepfake videos?

See deepfake videos in action on YouTube or other video sites.

What Are Deepfake Videos?