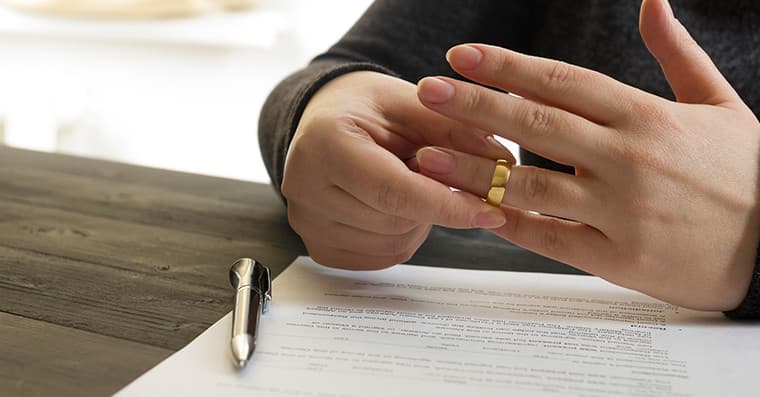 There are lots of reasons for someone to look up divorce records. But first, you should know what exactly you’re looking up.

Divorce records are, at their most basic, general court forms that have to do with the divorce at hand. When two people marry, it’s of course a social bond, but it’s also a very significant legal one. In order to revert back to the legal status of a single person, there are lots of forms to sign. These forms may get more complex depending on whether the couple has kids, joint ownership of items or previously-owned property.

A couple can also separate, which describes when they choose to live apart without divorcing. In this case, you won’t find any divorce records; legally, they’re still married, even though they may not describe themselves as such. People might decide to separate instead of divorcing for a variety of reasons, but legally, they still share joint responsibility for a number of things.

Additional Information on the Divorce Proceedings

There are some things that happen during divorce proceedings that don’t just have to do with the dissolution of marriage. In divorce records, you’ll usually find information about these more abnormal parts of the divorce proceedings. They can be especially noteworthy if you’re doing certain kinds of research, because they can give you an additional window into the couple both before and after the divorce.

This information can involve dividing up things that the couple had legal custody of together when they were previously married. That includes anything from the value of a home to child custody to a variety of smaller things. If the couple doesn’t agree when it comes to certain decisions, you’ll also often find information about the arguments that each individual made for his or her side.

The court may decide on certain things like alimony and custody, both often hot-button issues for the couple getting divorced. If the couple agrees upon custody and alimony, the court may help them set out additional rules, like visitation rights and the exact amount of alimony. If there are specific court requirements, it’s definitely worth reading them to get a better understanding of the situation.

How Can Divorce Records Be Useful?

Information About a Previous Marriage

The first reason is just to get a deeper look at someone’s previous marriage. If you’re newly dating someone, it may be important that you know about their romantic past, especially when it comes to very serious relationships. Divorce records can help you learn whether the person broke up with a previous partner amicably or otherwise, how the presiding judge saw the case, and whether the proceedings were long or short.

You can also take a look at things like marriage records and addresses to see even further into the screenshot of this previous marriage. How long did the marriage last? Did the person move in long before the marriage, or were the two only living together for a short time? These things can help you build an idea of how someone approaches marriage.

A Reason for Dissolution

Nowadays, “no-fault divorce” is more common, and it’s allowed many couples to file for divorce when they simply don’t want to be married anymore. This is usually covered under “irreconcilable differences,” and it just means that the couple doesn’t feel like the marriage is still working. Neither party has to blame the other or accuse the other party of impropriety; the two can simply separate.

Usually, one member of the couple starts proceedings with a divorce filing. If that individual is assigning blame to the other, the divorce records will reflect that. The label of “irreconcilable differences” can make a difference because it allows you to note that no one blamed the other party during the divorce proceedings.

Alimony, Custody and Other End Results

At the end of the divorce proceedings, both individuals will have very different lives than they did before, even if they lived apart before the divorce. Legally, the court will require a variety of changes, which can include alimony, child custody and other changes. Especially tumultuous divorces may also result in legal action, including restraining orders and other criminal proceedings.

Who Can Use Divorce Records? 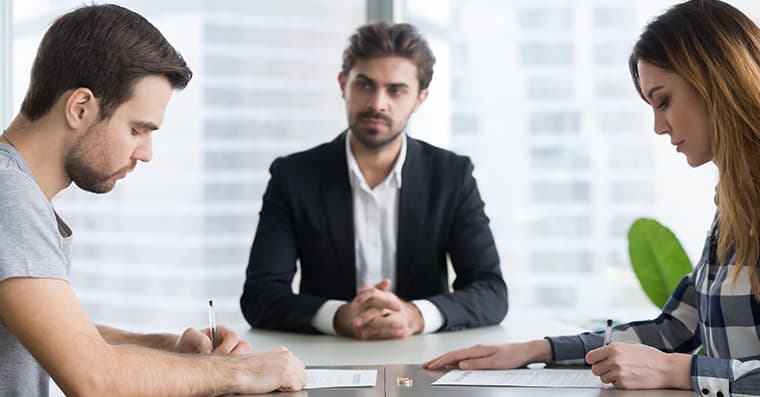 People Searching for Information About a Date

If you’re interested in learning about your date before you actually go out, it’s a good idea to get as much information as you can. PeopleFinders can actually help with that — just perform a background check on your date so you can learn about everything your date may be hiding.

Divorce records can also be useful in this context. Many people want to know whether an individual has been faithful to a previous partner before getting involved with that person. If the other partner filed for divorce and cited adultery as the cause, it may mean that the person in question has a hard time committing to one partner.

It’s fairly rare, but still definitely possible for someone to hide a previous divorce even long into a committed relationship. Whether that person feels embarrassed about the way the previous relationship ended or because there was something shadier going on behind the scenes, those lies can only stay hidden for so long.

Partners who are suspicious that the other person is hiding a past divorce can use divorce records to find out for sure. It’s fairly easy to find those records, and as soon as you do, you can glean a massive amount of information about a current partner.

If you’re researching your family tree or someone else’s family tree, divorce records can be very helpful in building a picture of the family. A divorce can lead to a split in the family or children from different parents, thus tying together different family trees in an easy-to-spot way.

Every state has unique policies for making marriage and divorce records available to the public. The PeopleFinders database includes divorce info for the following state and year ranges:

What are Divorce Records?