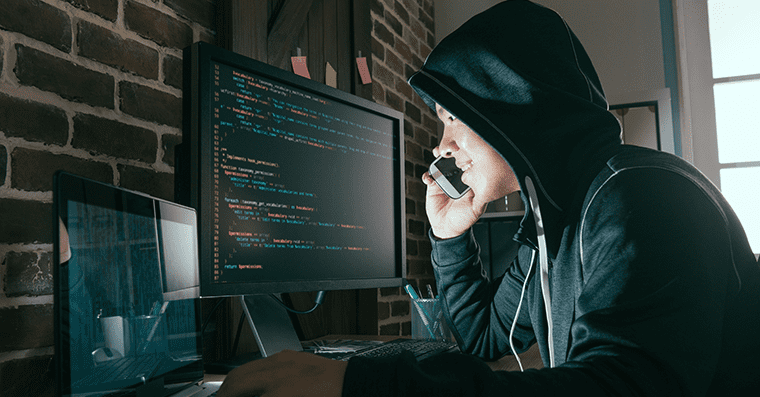 Though the name may seem pretty obvious, there are, of course, plenty of different ways that a scammer can mislead a person with a phone. So what do people mean when they refer to a phone scam?

Although many phone scams overlap quite significantly with some different types of scams, phone scams often specifically utilize the qualities inherent in a phone to increase its success rate. For example, a phone scammer only has to have a pleasant, authoritative voice to be successful. They also may be able to speak quickly, or sound genuinely angry.

Phone scammers use these qualities to prey on people’s expectations of security. Many government agencies require agents to introduce themselves at the beginning of a call using a full name and badge number for better transparency. Phone scammers know this, and they just invent a fake name and badge number, assuming you’ll never check. It’s these types of qualities that make phone scams so uniquely interesting for these scammers.

May Just Be a Robot

Though it’s a little strange to realize that you might end up just speaking to a robot, the advances of technology recently are such that you could get on the phone only to talk to an exclusively automated system. Just look around the internet a little and you’ll find eerily intelligent-sounding conversations where one side is a person and the other side is just sound clips stitched together.

Right now it’s difficult to put a fully convincing robot together and make it accurately scam people, but the technology’s definitely getting closer. Even now, though a robot might dial your number and introduce itself, it will usually route you to a call center if you do happen to pick up and respond.

As annoying and at times dangerous as phone scams can be, they’re really unavoidable in this day and age. Scam calls and robocalls have exploded in the past few years. Because you really have to use your phone number for a variety of things nowadays, there’s no way to get through life without those annoying unknown numbers blowing up your phone.

Still, just because the scam calls are nearly unavoidable doesn’t mean the scams themselves are unavoidable. You can avoid the scam part of these calls. You just need to make sure that you stay educated and never take anything at 100% face value when you’re dealing with someone on the phone.

What Are the Most Common Phone Scams?

Phone scams are of course pretty frequent, which is one of the reasons they’re so annoying. But what are the biggest things to look out for?

You’re more likely to pick up the phone if it’s from a nearby area, which might include your same area code and even the same prefix. Scammers know this, and they utilize this information to perform the so-called “neighbor spoofing” scam.

It’s pretty easy to make a phone number appear as though it’s coming from another phone number. Generally this number doesn’t even exist, but it uses your same area code and sometimes even the same prefix. When you pick up, you get the same robot voice or call center that you would get from another spam call.

The “Can You Hear Me” Scam

One of the most dangerous things you can do if you’re trying to avoid scams is to say “yes” or “no” to a scammer on the phone. The “Can you hear me?” scam gets its name from the fact that near the beginning of a conversation, the person or recording on the other end will ask, “Can you hear me all right?” If you answer “yes,” the other side might even hang up because it already has what it needs.

The scammers will basically use this information to go forward and make it seem like you agreed to subscriptions, loan applications, payments, add-ons and other services for which you never asked. It can be an uphill battle to undo the damage because the companies in question appear to have your verbal confirmation.

Unless you’re a lawyer, you’re probably not very well-versed in law. That means you, as well as many people in similar circles, probably worry regularly about accidentally breaking the law in some way, and scammers are more than happy to take advantage of that fact. All it takes is a phone call wherein the agent threatens that you’re facing huge fines, jail time, or the revocation of certain government benefits if you don’t pay fines or give your information now.

The best thing you can do here is hang up. It’s a scary concept, but the scammers desperately want you to opt for the fearful response. The IRS and other government agencies never call you to demand immediate payment or verification. You can always hang up and call back at a trusted number to determine the truth.

How Can I Protect Myself Against Phone Scams? 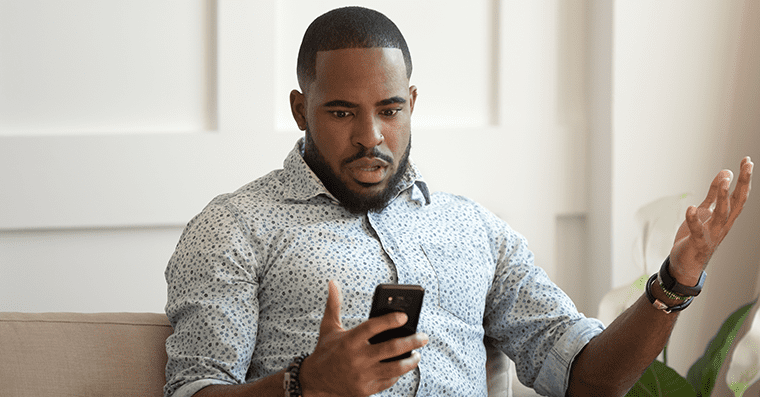 If you know all of this information, can you use it to protect yourself? With these steps, you can at least mitigate the damage.

Check All Phone Numbers Coming In

The first step is to make sure you verify every unknown phone call you receive. The faster the better — if you can simply hang up on most scam calls without ever picking up the phone, you’ll be more likely to avoid future ones. How do you do that when it’s such a difficult task, considering all the scam calls that happen every day?

The PeopleFinders reverse phone lookup is the perfect way for you to make sure that your phone calls are all safe. No matter what, you can make sure you at least know who the call is supposed to be from. Then, match that number up with the person who claims to be at the other end. If the public records show it to be a cell phone in the next county over, but the caller claims to be from the IRS, hang up.

Even if you just pick up a fraudulent phone number, there’s a good chance you’ve just improved your possibilities of getting another call later on down the line. That’s because the scammers probably put you on a “sucker list,” which those scammers and others will continue to call because they know there’s a real person behind it.

To avoid that, you can always take the route of simply sending unknown numbers to voicemail. This doesn’t always work perfectly since you might end up missing a few important calls, but it’s definitely useful if you’re receiving overwhelming amounts of spam calls. Consider creating a personalized voicemail that explains your situation; chances are, most people will understand and will be happy to just leave you a message.

Stay on Guard for General Safety

Most people receive repetitive scam calls nowadays. Although it’s definitely annoying, there’s not a lot you can do until someone manages to create a new way to identify and reject them. But what you can do is ensure you don’t end up with significant safety issues in other areas while you stay on guard for scams through your phone.

Again, PeopleFinders can help you do this. And there are plenty of other ways to stay safe using the tools at PeopleFinders. With our gigantic database full of billions of records at your disposal, we cover the majority of the adult U.S. population. You can use the information you find to take your safety into your own hands.

What Are Phone Scams?