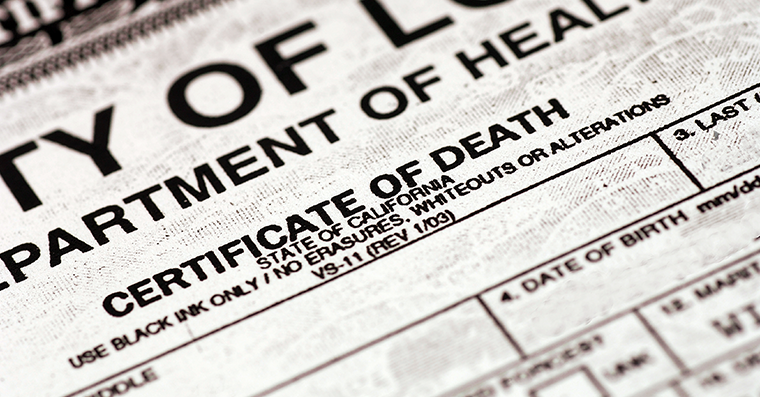 If you’re trying to find death records, it’s probable that you have at least a general understanding of what those are. If you’re not sure about the specifics, here’s some extra information about death records.

A death record commonly includes both information pertaining directly to the death and causes that may have contributed to the death. For example, while the file may list the direct cause of death as pneumonia, it may also include information that the deceased had an immune deficiency disorder and developed pneumonia from the common cold.

Although most deaths don’t involve foul play, a physician may perform an autopsy anyway to ensure accuracy. Most of the time, police and nursing attendants can only sign a death record if the cause of death is immediate and obvious: for example, if an individual dies of extreme old age.

In certain circumstances, the court may redact public death records. In certain types of death, the courts automatically redact the records. That includes many stillbirths, most deaths of minors, and occasionally deaths under mysterious circumstances or deaths that the police are still investigating.

The court can also redact specific information about a death rather than redact the entire death record. It’s especially common for courts to redact medical information related to HIV and AIDS, and a surviving individual can often petition the court to remove information about certain other stigmatized illnesses or causes of death.

How Can I Use Death Records?

This is a lot of information that you might find incredibly useful for a variety of reasons. What are some of those reasons?

This is one of the leading reasons people utilize death records. Having information about a relative’s death can give you some additional knowledge regarding your family and your heritage. Though you can certainly utilize the general information associated with knowing your family members’ birth and death dates, reasons for death and additional factors can lend you some more insight.

Even a redacted or partially redacted death record can help here. After all, there has to be a reason the courts mandated the redaction. You can make a note to continue to look into those reasons and have an idea that there may have been some extenuating factors regarding this person’s death.

It can be difficult to learn of an old friend’s death, but it’s often easier than spending lots of time trying to find a friend and eventually learning of that friend’s death. That way you don’t feel like you’ve wasted a lot of time trying to get additional information that you didn’t actually end up using. That’s one of the reasons finding this information early can actually make it easier for you to handle, rather than more difficult.

Building an Extended Knowledge of Your Family

Obviously genealogy is an important part of creating a family tree, but your family tree also extends out lengthwise, not just up and down. If you’re looking to get additional information about family members your own age, who may or may not still be living, death records are an incredibly important part of this process.

If you want to get additional information about your family, death records are a good way to do it. Plus, death records are part of vital records, which means those records almost always come part and parcel with birth records. When you perform a public records search using PeopleFinders, you get all that information on one page, making it easier than ever to learn more about your extended family.

How Do I Find Death Records? 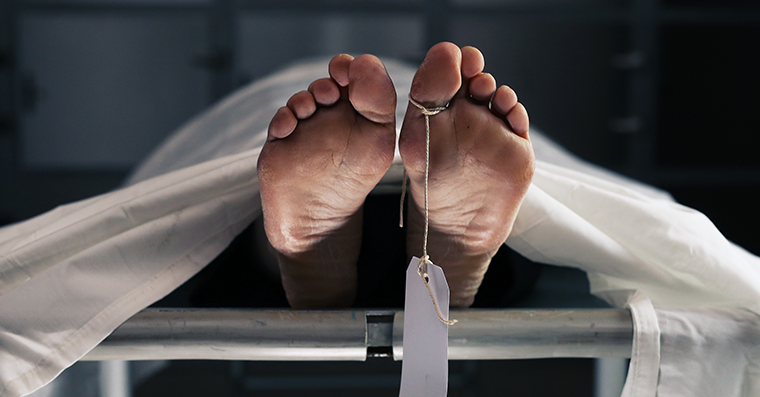 These are all great ways to use death records. But to use those records, you first have to obtain them. What’s the best way to get your hands on public death records?

Because death records are part of public records in most cases, that means the public can access these records. You can usually visit a courthouse or records archive if you need to get more information on finding public records. These same places often give you the records you’re looking for. The issue is, those places aren’t usually free.

Although you’re allowed to actually obtain those records, courthouses generally charge an administrative fee. Though the courthouse may use these fees to more efficiently run the courthouse as a whole, it can still be frustrating if you’re trying to find records and you end up having to pay $30 or more for a single record. That’s one of the reasons many people stop researching family history; it’s simply too difficult and too expensive.

You can get a comprehensive database of information at an affordable price just by using PeopleFinders instead of trying to get all of your information through the courts. With PeopleFinders you can get the information you’re looking for at a price that fits your budget. Plus, it might even be easier for you to find and parse than it would be otherwise.

When you perform a people search through PeopleFinders, you’re able to get all the information about a person at once, with nearly no additional processes required. You don’t have to worry if you have to run another search and you don’t have to return to the courthouse day after day. It’s simple, effective and incredibly useful.

With PeopleFinders, you can create a family tree, get in touch with your friends, or learn more about the people around you. With information including birth records, death records and a plethora of additional information, there are lots of things you can do with the PeopleFinders reports available to you. In fact, you can use the PeopleFinders criminal records search to check up on neighbors, look up a date’s background info, and more.

PeopleFinders has one of the largest database of any online people search. You can find billions of records from millions of American adults, ranging from information on births and deaths to information on dangerous criminal activity. If you’re looking to build a fuller picture of your family, both immediate and decades back, PeopleFinders is the way to go.

How can I do a death records search on peoplefinders.com?

To start a search for a person's death records on PeoplFinders, simply enter the name and choose to access their backround report. Any available death records would be in there.

Can I find death records for free on peoplefinders.com?

Unfortunately, due to the time and resources we have to put in to obtain these records, we must charge for access to them.

How do I find death records?

You can find death records by name here on PeopleFinders. Or you can contact the county vital records office where the death was recorded to get access.

How do you find out if a person has died?

If you aren't sure that a person has died, simply searching their name online via a PeopleFinders search, general search or on social media is probably the fastest way to find out.

What are death records?

What can I learn from death records?

Death records tell you how they died and when, plus information about where they lived at the time, if they were married, what their occupation might have been, and more. It's an especially helpful tool in genealogical research.

What are Death Records?