Learn More About Ways to Track a Phone 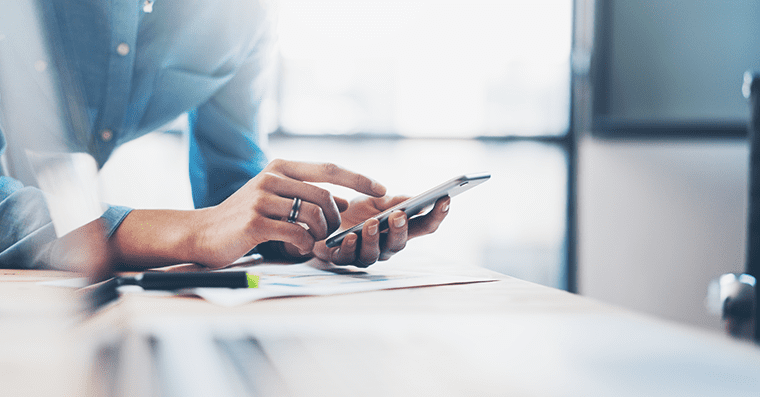 Many people wonder how to keep track of a phone--as well as the person associated with it--when it's out of the house. There are a couple of ways you can do this.

For a long time, phones have provided options to use GPS tracking. Even some phones that aren't smartphones have GPS capabilities. You can utilize these to track someone's phone. This tends to be the way emergency services tracks someone's phone. Plus, even if a phone isn't a smartphone, you may be able to pick up a GPS signal from the phone --- GPS capabilities exist even in many older phones.

There are lots of apps out there that promise to let you track someone else's phone, sometimes even without that person's knowledge or permission. Because of the way in which third-party apps find individuals' locations, it might amaze you how accurately the app can predict where the person is. Some location-based apps, such as mapping apps, can accurately predict a person's location to within feet.

If you're just looking for a way to get basic information about someone, you don't need a tracker to do it. Instead, you could use the phone records to get that information. You don't need to download anything on anyone's phone. The PeopleFinders reverse phone lookup gives you the ability to do it from your own phone or from any other device, making it more accessible and available than ever.

Although phone records can't give you minute-by-minute updates, they can give you important information like the name of the owner of the phone number, any other numbers registered to the current owner, a physical home address, and a lot of other information available through public records.

Am I Allowed to Track Someone Else's Phone?

This is a much more difficult question to answer, as tracking someone's phone leads to some very gray areas, legally, morally, and socially.

In many areas, you can run into legal troubles with this issue. There are a lot of potential legal concerns here. The first is whether the phone belongs to you --- work phones technically belong to your employer, which means you usually can't install tracking software on a work phone. The second is privacy concerns. Depending on your jurisdiction, the law may indicate that you can't install tracking software on anyone's phone without that person's knowledge or consent.

In general, it's usually illegal to install tracking software on a phone that's not yours. That usually means work phones are out, as are phones used by a boyfriend or girlfriend, relative, or friend. Less clear are situations that involve a spouse or underage child. If you're determined to see this option through, it's very important that you research this first. Laws regarding phone tracking vary by state.

Of course, the law isn't the only thing you're going to run up against. You also have to decide whether you think it's okay to personally track someone else's phone without telling that person. These moral concerns can sometimes impact you more than legal concerns, as they are directly connected to who you are as a person.

There are lots of elements that go into this--why you feel you need to do this, to whom. Basically, in this case, do you feel that tracking a phone is right, or at least justifiable. There's not necessarily a cut-and-dried right or wrong answer here. But you should at least be honest with yourself about your motivations, and if they're worth the consequences.

For the most part, people do value their privacy, and secretly installing tracking software on someone's phone would feel, at least, disconcerting. If you do install the tracking software without telling the other person, you should probably be prepared for that person to get pretty upset once they find out.

Are There Other Options?

If you're having second thoughts about phone tracking, you do have other options besides just installing tracking software on someone's phone. There are other ways to try and keep someone safe, or just get more information about them.

Phone tracking software isn't the only thing you can use to ensure someone you love is safe. There are other apps available that can help you to make sure people get home safe.

If safety is your primary concern, consider talking to the other person to discover some of these options. If the person is safety-conscious as well, he or she might actually already have some options prepared for you. You just have to ask and see.

Keep Yourself and Your Loved Ones Safe

Some people consider using tracking software to help maintain a relationship. But using it can actually have a contradictory effect, and can put a significant strain on the relationship. So, it's likely a good idea to look into other options. After all, your relationship should be all about trust between the two of you. Whether you think tracking software would still be the best option or you're more interested in pursuing another option, find a compromise that works for the two of you.

PeopleFinders offers a variety of options that you can use to try and keep yourself and the people you love safe at all times. The PeopleFinders reverse phone lookup is one of those options. Use these tools to look up friends and family just by searching a name or phone number, and unlock a wealth of information today.

How can peoplefinders.com help with learning how to track a phone?

At PeopleFinders, we seek to provide users with as much relevant information as possible. We don't directly offer phone tracking services, but do offer info to help someone wanting to learn how to track a phone.

Can I learn how to track a phone for free on peoplefinders.com?

Yes. We don't offer that service directly, but do have some general information available about how to track a phone.

How can I do research on how to track a phone online?

A number of sites and articles are available on the subject of how to track a phone. Simply perform a general online search for that term.

How do public records help with understanding how to track a phone?

Public records actually can't help with tracking a phone in real time. However, public records can reveal a phone's owner and where they live.

Where else can I go to get information about how to track a phone?

We recommend getting the legal lowdown of tracking a phone by consulting with law enforcement, a private detective, or a lawyer.

What Can I Use to Track a Phone?