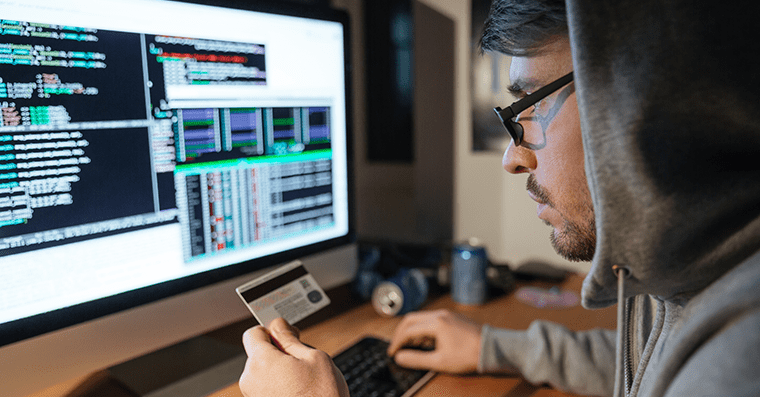 Someone else pretends to be you. More than that, they have identifying information that “proves” they’re you. It’s a scary thought. But if you want to know a little bit more about identity theft, and especially how to combat it, you’ve come to the right place. What does this slightly cryptic term actually mean?

Anything That Fraudulently Uses Your Personal Details

In one sense, “identity theft” is a pretty easy phrase to untangle because it basically means exactly what it looks like. It’s when someone steals your identity. You can probably tell pretty easily whether something is identity theft or not just by using this extremely simple definition — it’s very much an umbrella term, but it’s a useful one.

Strong Overlap With Other Types of Fraud

One of the reasons it’s so hard to get a handle on what identity theft actually is, however, is that it’s so strongly associated with a variety of other types of fraud. If an individual who bought your identity then went on to open a credit card in your name, that would be financial fraud. Your identity is central to the theft, but it’s not the only part.

The good thing to remember is that one instance of identity theft doesn’t always have to mean you end up with other types of theft. Don’t worry about fighting every single type of scam if you’ve never had to deal with any of them. Just focus on the most important things first.

Can Be Difficult to Fight Back Against

While you can fight back against identity fraud, your best defense is actually to set up a pretty significant safety net before it ever happens. Stop it before it starts. Otherwise, once someone sets things in motion, it’s much more difficult to rebuild.

A good thing to remember is that you’ve spent your entire life building up a fairly regular pattern of spending and general living. A bank is much more likely to notice something’s off now than it would if you had started making some very strange financial choices in the first month of your account.

However, you can’t simply rely on your bank or credit card company to always catch fraudulent transactions. Ultimately, it’s up to you to take responsibility for your information. One of the best ways to do that is to know what identity theft scams look like.

What Are Some Common Identity Theft Scams?

Identity theft can happen to anyone at any time. But what are the most common scams that identity thieves run on unsuspecting consumers?

The “Can You Hear Me” Scam

This is a fairly classic one that’s gained popularity as technology has become increasingly available. It’s actually brilliantly simple, because it’s only trying to capture two words: “yes” and “no.” It gets its name from the fact that near the beginning of the scam call, the caller will usually ask, “Can you hear me all right?” The idea is to get you to respond, “Yes.”

If you do respond with a “yes,” the scammer can then use that small sound bite to make it seem as though you agreed to a variety of charges, verifications, and other processes that you didn’t. It can take endless amounts of time and effort to undo the damage.

You probably use your driver’s license or state-issued ID regularly; it’s how you verify your identity when you buy age-restricted items, when you pick up prescriptions and when you perform bank transactions, among a variety of other things. So what happens if someone steals or copies it, then uses it to perform those transactions instead?

Driver’s license theft is one of the most cut-and-dried forms of identity theft out there: it’s literally stealing someone’s identifying documents. If someone does steal your driver’s license directly, it’s a good idea to put a freeze on just about everything, including your credit and payment forms, because of the potential for damage.

Your Social Security Number is one of the most important numbers you have — in the United States, it’s a truly unique number that you carry with you throughout your entire life. So what happens when someone steals it? The answer is that it can lead to genuinely terrible amounts of fraud that can seriously impact the rest of your life.

How Can I Protect Myself? 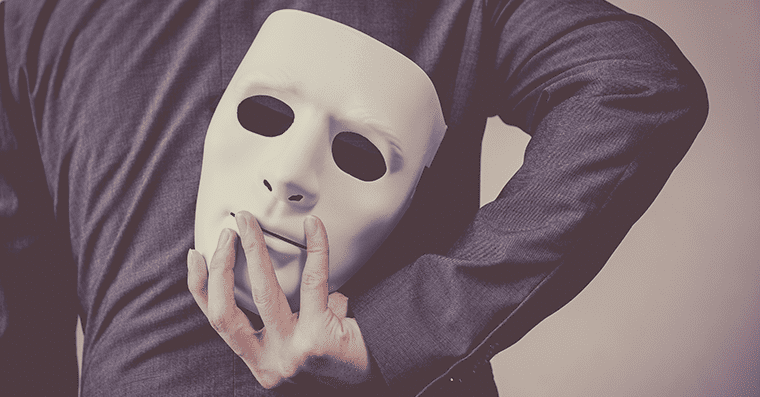 Identity fraud is definitely scary, but you shouldn’t worry unduly about it. That’s because there are ways to protect yourself as long as you’re willing to take a few important steps:

Pay Attention to the People to Whom You’re Giving Information

If you’re giving out card information, your Social Security Number, or any other personally identifying information, it should only be to trustworthy sources. Don’t give your Social Security Number to people who call you; only give it to people you call using a trusted number. If the person on the phone is threatening that you must pay a tax bill before you hang up, that’s even more reason to hang up and call back, because the IRS simply doesn’t do that.

Another good way to make sure you’re calling the right people is to use a reverse phone lookup on your incoming phone calls. To whom does it assign the number? Does it match with what the person on the other end is telling you? If not, there’s a good chance it’s a scam, and you need to hang up.

Keep Track of Your Own Information

If you know what the internet has available when it comes to your own identity, you’ll be more prepared to deal with things if that information suddenly changes. That’s just one of the reasons how a people search can help you with this topic.

With the people search available at PeopleFinders, you may be able to find a great amount of information about millions of American adults, including yourself. If you’re worried that you’ve let too much information leak onto the internet, you can just perform a people search on yourself, and see what you need to clean up. Keep looking periodically to make sure that you stay up-to-date and never miss a single change.

Don’t Slack in the Safety Department

It can be easy to let some things slide, especially in today’s day and age where safety is such a simple thing to mess around with. But you don’t have to just let it slide. Nor do you have to live in constant worry of safety issues. You just have to make sure you’re ready to do what you need to do to stay safe. Thankfully, with PeopleFinders, you don’t actually have to do a lot to keep yourself safe.

Are you going to meet up with someone in your area to buy a video game system or a new dresser? Perform a criminal records search on the person to see if they’re safe to deal with. Are you getting an unknown call? Perform a reverse phone lookup so you can try to find out who it is before you pick up. It’s all incredibly easy to do with PeopleFinders.

How can peoplefinders.com help with identity theft?

With PeopleFinders, you can attempt to fight identity theft on a couple of fronts. You can try to prevent identity theft by looking into suspicious people, and you can keep track of your own information and monitor it for any possible compromises.

Can I do identity theft research for free on peoplefinders.com?

It takes a lot of time and resources to find and aggregate the information necessary to identify and stop identity theft. So, we need to charge to access it.

How can I do research on identity theft online?

Identity theft is a very real concern for most Americans. As such, you can find a whole lot of information about the subject via just a general web search.

How do public records help to stop identity theft?

Public records are a great option for helping you to keep track of your own information and to recognize when things look wrong. Noticing such things early can minimize any damage that identity theft could cause.

Where else can I go to get information about identity theft?

You can talk to your bank or financial planner to get their advice about ways to prevent identity theft.

What Is Identity Theft?