The general public doesn’t always comprehensively understand the terms that are used in a courtroom setting. Legislative terms deepen in their complexity, as each term can be used to represent different intentions and behaviors.

The term “jail” may not reflect a behavior, but its meaning is not always what the general public might initially expect. “Jail” and “prison” are often used interchangeably, when in reality they describe two different things.

If you find the term “jail” in a PeopleFinders criminal records report, make sure you have the context of the word at hand. Without a comprehensive definition, you may misunderstand some of the data with which you’ve been presented. 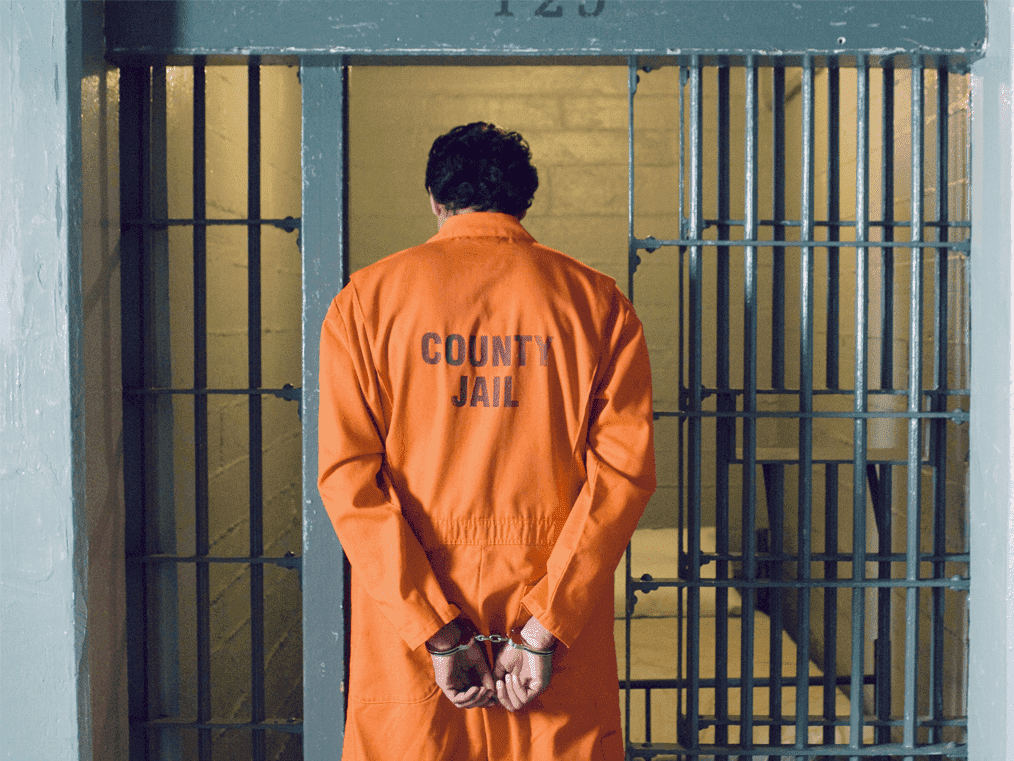 What is a Jail?

Jail and prison are often used as synonyms. This use, however, is incorrect. While jails and prisons are both used to hold people, the level of severity associated with each differs significantly. A jail is a temporary holding facility. Jails are most frequently owned and operated by local governments. They are also supervised by legal representatives of the county, such as a county sheriff.

If you visit a jail, you’ll find several temporary residents who have committed minor offenses or who have received misdemeanors. No one can be held in jail for more than one year at a time, emphasizing the temporary nature of the institution’s use.

It should be noted that jails are not “lockups,” even though their purposes are similar. “Lockups” consist of holding cells or drunk tanks where police officers can deposit unruly offenders before they’re processed. Anyone who is unable to post jail bail or cooperate with an officer, either due to lack of funds or sobriety, can be found in lockup before they’re taken to jail (should the need arise).

A defendant will be taken to jail upon accusations of minor infractions or misdemeanors. These include but are not limited to:

As long as the crime in question doesn’t warrant an aggravated charge, then a defendant shouldn’t have to worry about receiving a felony. However, a person who is originally kept in a jail may just as easily be transferred to a prison after their time in court. Where a person stays to serve out their time depends on the dictations of the court, judge and attending legal bodies.

What is the Difference Between Jail and Prison?

Prisons are comparatively more serious institutions that jails. A prison typically holds inmates from all around a state, or it can take on inmates from federal institutions. The people held in prisons will have been convicted of felonies or equally serious legal infractions. Sentences in a prison can last far longer than a year, making these institutions longer-lasting than jails.

State prisons require their inmates to break state law. Once a person is accused of and arrested for violating state law, they’ll be put on trial and potentially convicted. Once convicted and placed in prison, the inmate in question will have access to the bare minimum of essential necessities – but they will have access to them, nonetheless. Because prisons are supposed to be better equipped for long-term confinement than jails, they need to have more amenities than most jails.

What’s the Difference Between a State Jail and a Private Jail?

Sometimes, a local county or city will operate a jail with the assistance of the state. Other times, the jail in which a defendant is held may be privately owned. The privatization of jails re-sparked in 1980 and found public support after Reagan declared a war on drugs. Private jails originally offered a solution against overcrowding in state or city jails. Nowadays, though, they’re used just as often to turn a profit as they are to aid the states in which they operate.

That said, a defendant’s access to basic utility and legal aid won’t be inhibited, regardless of what kind of jail in which they’re kept. Let it be known, though, that being held in a private jail is likely going to be more expensive for a defendant than a public jail.

What Does It Mean For Jail to Appear on a Criminal Records Report?

When reading a PeopleFinders criminal records report, you’ll be exposed to a significant amount of legal jargon and data. You may find jail mentioned in a subject’s report. If this is the case, you can assume that your subject has been held by legal representatives for less than a year. However, you’ll need to read more to learn the cause of your subject’s jail time and whether or not their holding time was justified.