PeopleFinders Glossary of Terms Discover the definition of terms and phrases used in people, phone, and address searches.

The meaning of several legal terms has changed due to these terms’ appearances in popular media. “Assault,” for example, has changed due to its long affiliation with an “and battery” suffix. And as knowledge of sexual assault has become more common, the standard definition of the term has been lost in favor of more specified uses.

That said, you’ll need to know the proper definition of assault if you see it while performing a PeopleFinders criminal records check. These checks demand a thorough understanding of how particular terms are used in a courtroom setting. When parsing the meaning of “assault” in a report, make sure to dive into the term’s context along with its etymology so as to understand the crime of which a person is being charged. 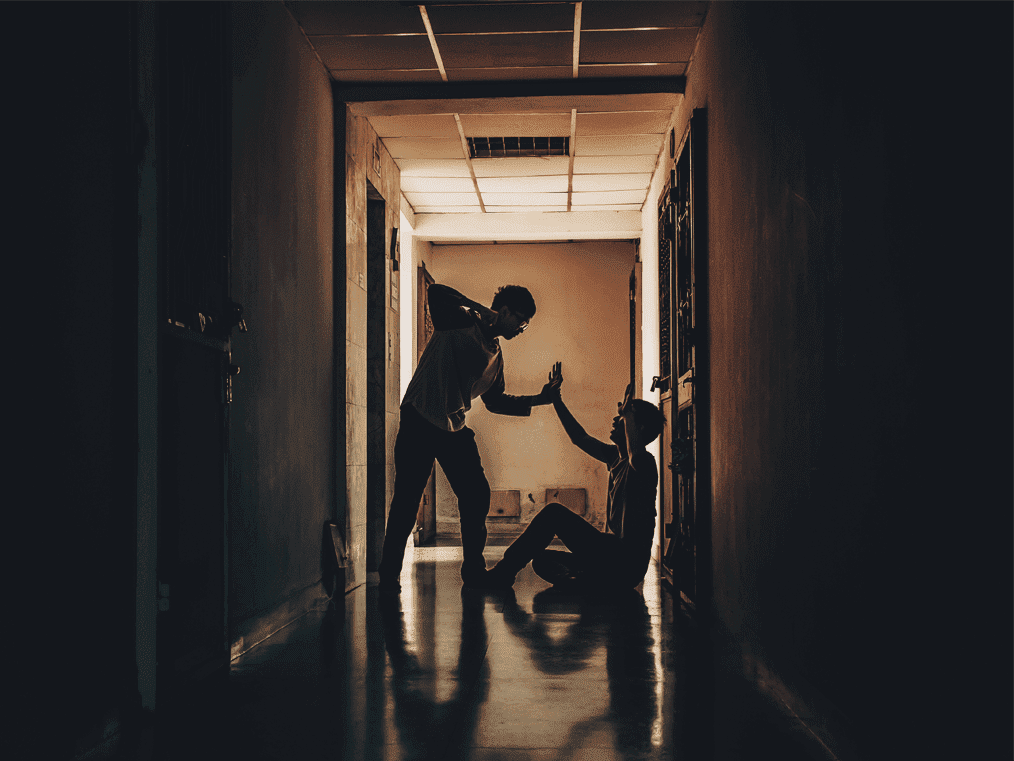 Assault describes a situation in which one person threatens another with bodily harm in a way that is not joking. You will frequently find assault paired with battery in criminal records reports, as the serious nature of a person’s intent will often lead to immediate action. Battery here describes illegal acts of violence conducted by one or multiple people against another.

Sexual violence, it should be noted, falls under a different category. But is still broadly considered battery.

Not all threats are the same as assault. To determine whether or not a situation can be labeled “assault,” look for the following behaviors:

The important factor here is the apprehension and fear that comes along with assault. If the intended victim does not fear for their well-being upon being threatened, then the situation at hand may not fall within the legal definition of assault.

Is Assault the Same Thing As Threatening Someone?

What is Aggravated Assault?

There are two different levels of assault: normal assault and aggravated assault. Aggravated assault is defined as an attempt by one person to bring significant harm, injury or death to another party. The person in question must act without concern for the people around them and must use a weapon or an elevated level of force against an unarmed or under-armed individual.

Other factors that contribute to an assault’s elevation include:

What Is Assault With a Deadly Weapon?

If a perpetrator brings a deadly weapon into an inappropriate environment, they are automatically committing aggravated assault. It does not matter whether or not they use the weapon at hand to physically attack anyone. The presence of a deadly weapon in a non-martial environment serves as enough intimidation to elicit fear in onlookers and a person’s intended victims alike.

What Role Does Victim Identity Play In An Assault?

Each state will address assaults in court by different rules. In some states, the identity of a victim can influence the level of assault of which the perpetrator is accused. Assaults conducted against pedestrians, for example, will be considered a standard assault so long as the perpetrator isn’t using a dangerous weapon. Assaults conducted against police officers, first responders, firefighters and some teachers, comparatively, will be considered aggravated assault, regardless of the weapon a perpetrator brings into the situation.

What Does Assault Mean In a Criminal Records Report?

If you read of an assault while doing a PeopleFinders criminal records check, you’ll know the person in question threatened violence against another person. You’ll also know that the threat held enough intent behind it to frighten the person’s intended victim. Without that intentionality, assault is not assault, but merely a threat. That, after all, is the power legal terms hold in a courtroom setting.

When you better understand what a PeopleFinders criminal records check is trying to tell you, you won’t have to worry about confusing the two terms.