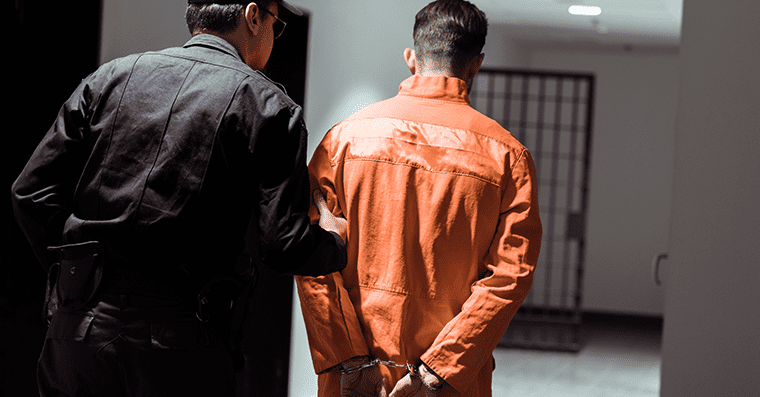 If you think someone you know or knew might be in jail or prison, you can try to find out for sure by performing an inmate search. If you might perform one, here's what you need to know about the records you might pull up.

As the name would suggest, an inmate search generally tends toward learning about current jail inmates. That means you'll usually see information about people still serving their time after conviction. The state, the jail and the crime will determine what actual information you see.

Remember that as with all public records, the court can afford certain individuals and cases a kind of "celebrity status." You can't research public records about a celebrity because the potential for misusing that information is incredibly high. If you're looking for a celebrity who's currently in jail or information about a very high-profile case, you almost certainly won't find it in public records.

You'll often find inmate records alongside general jail records. These two might be exactly the same or slightly different depending on the area and the jail. But if you can access general jail records alongside these inmate records, it's much easier to discover an overarching concept regarding crime in the area. Jails and police departments keep an eye on these trends, so there's no reason you can't as well.

You might notice a variety of information with jail and inmate records, all of which can be important for different reasons. Do you see a trend where the police tend to arrest people? What about a trend toward violent or nonviolent crimes? If you're looking at information in your neighborhood, these trends can be very important for your physical safety and mental wellbeing.

A Way to Understand a Criminal Population

With demographic information, which might be part of inmate records and jail records, you can more thoroughly understand the criminal population in a certain area or jail. That can be interesting on a purely sociological level, of course --- if you're just doing some research, you might try to determine what plays a part in the reasons for crime. But it's also important if you live nearby and want to maintain safety.

By obtaining the jail demographics -- age ranges, racial make-up, types of crimes committed -- you can then compare it to another population of interest: your neighborhood, the nation as a whole, etc. Such an exercise could prove quite enlightening.

How Can I Use Inmate Search Tools?

What should you know when you go to use an inmate search? These are important pieces of the puzzle that will change the way you use inmate searches from one case to the next:

Charged but Not Convicted

Some people spend a short amount of time in jail when an officer has charged the person with a crime, but a judge hasn't sentenced them. The exact process varies depending on the state, and the process of bail also factors heavily into it. But this middle ground, where the state is essentially holding someone in jail rather than officially jailing the person, can make it tricky to navigate through records.

In a general sense, it's usually a good idea to wait for at least a few days after an officer has arrested someone to check through an inmate search. Even then, the jail won't necessarily offer records about the individual. At that point, a general people search will probably be your best option.

As you may have guessed from the name, an inmate search is most useful when you're trying to find people who are current inmates in a jail. When a judge convicts an individual of a crime, that judge also passes a sentence, which may or may not include jail time. For the duration of that jail time, you may find information regarding the fact that an individual is living in a jail.

Of course, this record availability does vary from state to state. Some states tend toward being more privacy-minded, which can mean jails don't release inmate records at all. The concept of "celebrity status" also comes into play here: if you can find information in the news about someone being in jail, you probably can't find that information in an inmate search.

Once someone finishes jail time, that person may have probation or other additional requirements for the next few months or years. But the person no longer lives at the jail, and so is no longer an inmate. You could still potentially find inmate records that detail the person's time served. It largely depends on whether you find inmate search information as the result of a criminal records search or as its own search.

Some states also have a process whereby an individual can petition the court to seal certain legal documents. When the court seals a document, it's inaccessible unless you have a court order. The court may agree to seal a document if the person has demonstrated significant change since that point, completed community service or parole requirements, or just waited for many years.

How Can I Get Inmate Search Results? 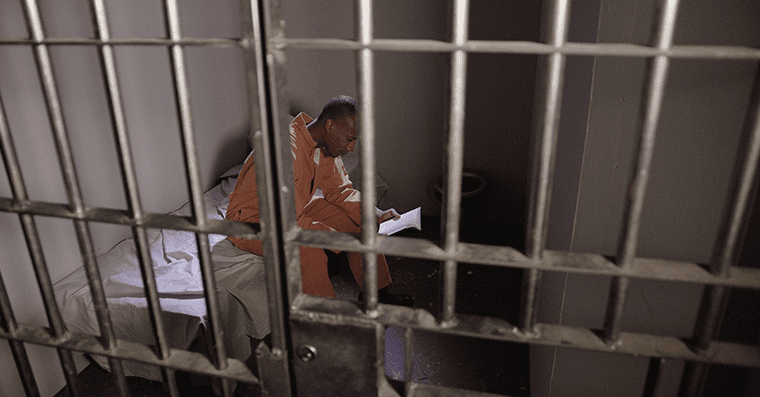 There are a few things you can do to try and find someone's inmate records.

You might be able to get information about any individuals who are currently in jail if you call the local sheriff's office. Though this is incredibly bare-bones and doesn't give you a whole lot of information, it might be useful if you're simply trying to locate someone you think may have ended up on the wrong side of the law.

Some states only allow certain relatives to ask this information, and you may need to prove your relationship or receive permission from the jailed individual to get an answer. But if it happened within the last 48 hours, this might actually be your only way to find the information in question.

Use an Online People Search

For a more comprehensive field of evidence about an individual, you might want to instead try an online people search like PeopleFinders. The general people search at PeopleFinders get help you gain access to a large variety of information, which may help you in your search to find someone or get more information about that person's background.

However, one of the places in which PeopleFinders really shines is our criminal records search. This doesn't just show you inmate records; it actually shows you all available criminal records, so you can understand an individual's criminal history to its fullest.

Be Safer With PeopleFinders

There are plenty of reasons that you may need access to an inmate search. Maybe you're worried that someone you know is in jail or you want to check up on someone who was in jail at some point in the past. Maybe you want to check on a potential date to see if you need to worry about criminal history. Or maybe you're interested in learning about criminal behavior in your area.

No matter what reasons you have, you deserve the ability to get all of the information that you need. That's exactly what PeopleFinders is here to help you do. Find the person you're looking for and perform a criminal records search to get all the important details.

How can I do a inmate search on peoplefinders.com?

You can try to locate an inmate on PeopleFinders by starting a search by name above.

Can I do an inmate search for free on peoplefinders.com?

Also known as a prisoner or detainee, an inmate is someone who is deprived of their liberty against their will. In this case, by confinement in a prison or jail.

What is an inmate?

You can start your search for free, but if you want deeper information about the inmate in question, you will need to pay a fee for access.

How do I search for an inmate?

On PeopleFinders, you can try to find where an inmate is serving time in their current background report. You can also call the jail or prison to see if the person is an inmate. Or, you can contact the court clerk's office to see if there's any sentencing information they can give you.

How do I search an inmate in federal prison?

You should be able to locate an inmate in a federal prison via an online search. If you need up-to-the-moment information, you could contact the court in-person.

Can I find out why an inmate is incarcerated?

The court records leading up to incarceration should be able to outline the crime. Or you can call the prison and ask; employees are allowed to pass along that information.

Can I search juvenile inmates?

Afraid not. We only present information on people 18 and older.

What Is an Inmate Search?