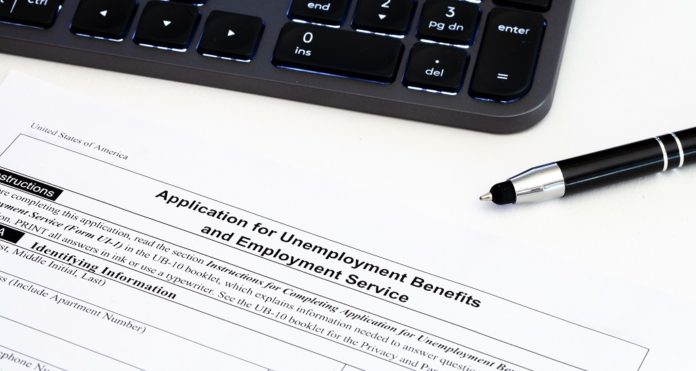 Unemployment fraud is nothing new. Across the country, scammers account for at least a few million dollars every year. But what is new is the jump in fraudulent claims over the past year.

According to the U.S. Labor Department inspector general’s office, more than $63 billion was paid out due to fraud or errors since March of 2020. What’s just as scary as that amount? The fact that many of the supposed claimants are people with no idea their information has been used to steal from the government.

The following FAQs describe the current unemployment fraud situation. Knowing more about it can help you to protect yourself from becoming yet another victim.

What is Unemployment Fraud?

Unemployment fraud is any process by which a scammer is able to obtain benefits using someone else’s identity. Most often, scammers use stolen personal information to file claims.

Much of this fraud results in money being syphoned out of the U.S. entirely. A large number of fraudsters are based in America. But a good many others originate in places like Nigeria or South Africa.

Why Is It at Such Dramatic Levels Right Now?

The pandemic has made unemployment systems all around the country particularly ripe for scams:

Washington state officials first noted the extent of the damage inflicted by scammers back in May 2020. Within weeks of the CARES Act adding $600 to unemployment benefits, they noted claims up 10 times the expected rate. Before they knew it, $600 million was paid out to fraudulent claims. From a few dozen fraudulent claims a year, they identified more than 120,000 between March and December.

Reports are not finalized, pending the conclusion of ongoing investigations. But every state has seen similar, if not worse, trends in unemployment fraud.

What Are States Doing to Fight Back?

States’ main challenge is to verify legitimate claimants quickly and pay out benefits in a timely manner. Many current infrastructures haven’t allowed for this. Even after Washington discovered the depth of fraud occurring, other states’ responses were slow. This is what eventually led to the $63 billion.

They now work with federal authorities to pinpoint groups of scammers and so-called “mules” (usually U.S. citizens that assist scammers in the laundering and transfer of funds). And they are making efforts to recover previously stolen funds.

How Can I Tell if I’ve Been the Victim of Unemployment Fraud?

Many victims of this scam have no idea it’s happened until they get paperwork or tax forms from the government. The first sign for many is the receipt of a 1099-G form, Certain Government Payments. This form shows any unemployment benefits that were paid and need to be reported on a tax return.

Of course, if you didn’t actually make an unemployment claim, you can assume someone else did using your name, Social Security Number, address, and/or other corroborating information. (Fortunately, the IRS has a process in place should you be the victim of identity theft.)

Others may find out their information was used fraudulently through correspondence they receive from an unemployment office confirming their claim. Or they may try to apply for benefits and get turned down because it looks like they already applied previously.

Is There Anything I Can Do to Protect Myself From It?

You will need to maintain a certain amount of vigilance to keep you and your information safe from scammers. This entails keeping an eye on your current information. Regularly check your credit report. And be sure to also monitor your available public information for any unexpected changes.

Then, moving forward, you should use as many identity protection precautions as are available to you. The IRS now offers an identity protection PIN, part of a two-factor authentication process that can help to protect you from federal tax return fraud.

Yes, such precautions may mean it takes a little longer to access accounts. But what are a few extra seconds when it comes to the security of your personal information?

For more information about scams related to the pandemic, or other scams in general, you can read all about them on the PeopleFinders Blog.