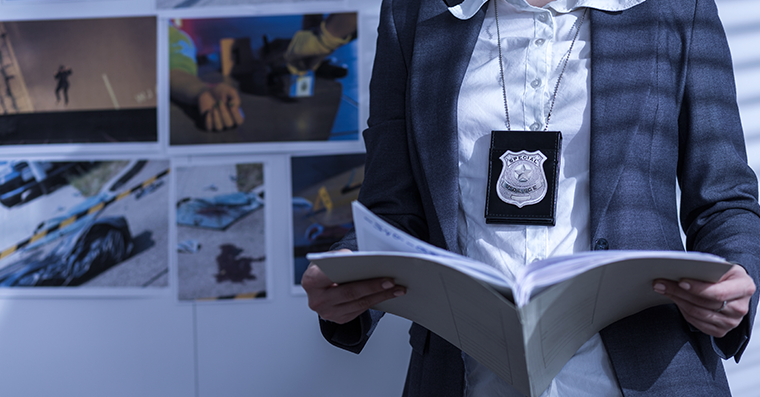 There are plenty of reasons you might look into police records, but before you do, it’s important to talk about basic information. What are police records in the first place?

The information in question often includes certain content that might help general citizens understand more about crime patterns. For example, you might find information about the number of people the station charged with violent crime versus nonviolent crime. General demographics may also be present, like age, race, and gender. Police records vary from location to location, so check in your specific area.

Of course, police records also encompass information about individuals. Police records often include arrest records, convictions and jail records, which means you can get a full understanding of a specific person through public police records.

Knowledge of Convictions Versus Arrests

Any time you’re looking up criminal records, it’s important to keep in mind the differences between convictions and arrests. This even applies to general police records. When a police station releases public police records, those records may include direct or indirect information regarding how many arrests that station made versus how many convictions the station facilitated.

Even if the police station doesn’t directly release this information, an individual’s personal criminal records will give you more insight. Not only can you see arrest records, but you can also see records regarding jail time and conviction sentences. Because the legal system declares that people are innocent until the system proves them guilty, you shouldn’t immediately pass judgment because of an arrest.

So what do police records actually do? These police records can actually be very helpful for your research, especially when you’re trying to get important criminal records information on someone.

Police records make a distinction between felony charges and misdemeanors. The exact difference can vary depending on your location, but the state considers felonies to be more serious than misdemeanors. Although you might find some felonies obvious, some of them may surprise you. Paying attention to the ratio of felonies and misdemeanors can give you a better idea of the crime rate in the area.

An individual the state convicts of a felony can lose many rights. Depending on the state, that person may not be able to vote, hold certain jobs or live in certain areas. Misdemeanors, on the other hand, usually come with a lower sentence. Though the court may revoke certain rights for a short time, the convict usually receives them back fairly quickly.

Although felonies are more serious than misdemeanors in the eyes of the law, a felony conviction doesn’t inherently mean that an individual is violent. Plenty of nonviolent offenses qualify as a felony. In some states, even writing more than one bad check is a felony. That’s why it’s important to pay attention to violent versus nonviolent convictions in public police reports. That information is essential when judging a neighborhood’s safety.

Different locations judge the definition of “violent crime” differently, so check on your locale’s definition for exact information. But in general, a violent crime involves one person assaulting another. Sex offenses are also violent crimes, and in most places, an individual has to register as a sex offender and maintain very strict behavioral requirements.

As with jail records, police records sometimes include behavioral and conduct information for arrests. You can see some of these simply in why the police arrested an individual. “Disorderly conduct” or “public drunkenness,” for example, imply that an individual was causing a public disturbance. If combined with another crime, it may be that the person was committing a crime and disturbing the peace.

However, it’s also a good idea to look further into the arrest records for more direct detail if you’re researching a specific person. Officers often note information about an arrested person’s behavior and conduct throughout the arrest and booking. If a person is belligerent or even violent, an arrest record may note that. Such behavior can be worrisome, even if the court doesn’t convict the person of a violent offense.

What’s the Best Way to Get Public Police Records? 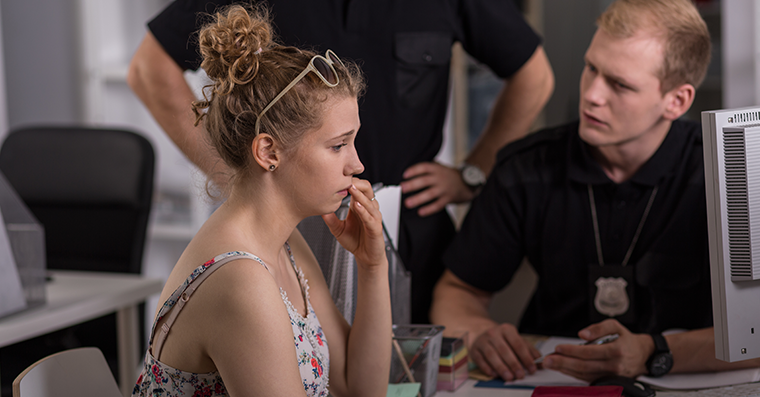 Sheriff’s offices usually maintain some amount of police records. The office may also release some records online, although these records tend to be short-form information that generally encompasses basic demographics for the public interest. In some cases, the sheriff’s office sends records to the courthouses after a certain amount of time.

In general, public police records are free to access. But that doesn’t necessarily mean they’re free to have. Some sheriff’s offices and courthouses charge administrative fees for locating and printing records, which means you could end up with a pretty significant charge for the records in question. It can also take a long time to actually make it through the process.

If you’re not interested in waiting for public police records from your local sheriff’s office, why not try an online people search like PeopleFinders? It provides you with the perfect middle ground between cost and efficacy. Because PeopleFinders has one of the largest databases of any online people search, you are very likely to find the information you’re looking for.

It’s simple to start with PeopleFinders. Try performing a criminal records search, which can give you a variety of information about the person you’re interested in. If you want even more, you can perform a background check, giving you access to an unrivaled amount of information regarding an individual person. With this access to public police records, you can ensure your safety at all times.

There are lots of reasons why you might need to find out about someone’s criminal history. Maybe you’re going on a date soon and you want to make sure that your date is safe. Maybe you’re moving and want to get some additional information about the neighbors in your area. Maybe you think a family member is hiding a secret from you. No matter your reasoning, it’s a good idea to look into criminal history and find more information.

When you want all available documents without the hassle of putting those documents together, you can turn to PeopleFinders. The PeopleFinders database encompasses over one petabyte of data, including billions of records for millions of American adults. That’s why PeopleFinders is one of the best in the business and a great choice for your information needs.

How can I find police records on peoplefinders.com?

On PeopleFinders, police records may be found in the course of performing a criminal records search.

Can I find police records for free on peoplefinders.com?

No, it's not free. The information is not free to us to gather and maintain, so we must charge for access to recoup our own costs.

How do I look up police records?

Next to our online criminal records search, you can also try to find police records at the law enforcement agency of record, or at the county court clerk's office.

Are police reports available to the public?

Certain parts of police records and incident reports may be publicly available. However, since such reports may also contain sensitive and personally identifiable information, they are not generally considered part of the public record in their entirety.

What are police records?

What's contained in a police report?

A police report outlines the circumstances around a call, including facts like date, time, location; and opinions like who seemed to have caused the incident.

How long are police records held?

The length of time that police records are held depends on the laws of the state and whether an arrest led to a conviction, and other aspects of a person's record.

What Are Police Records?