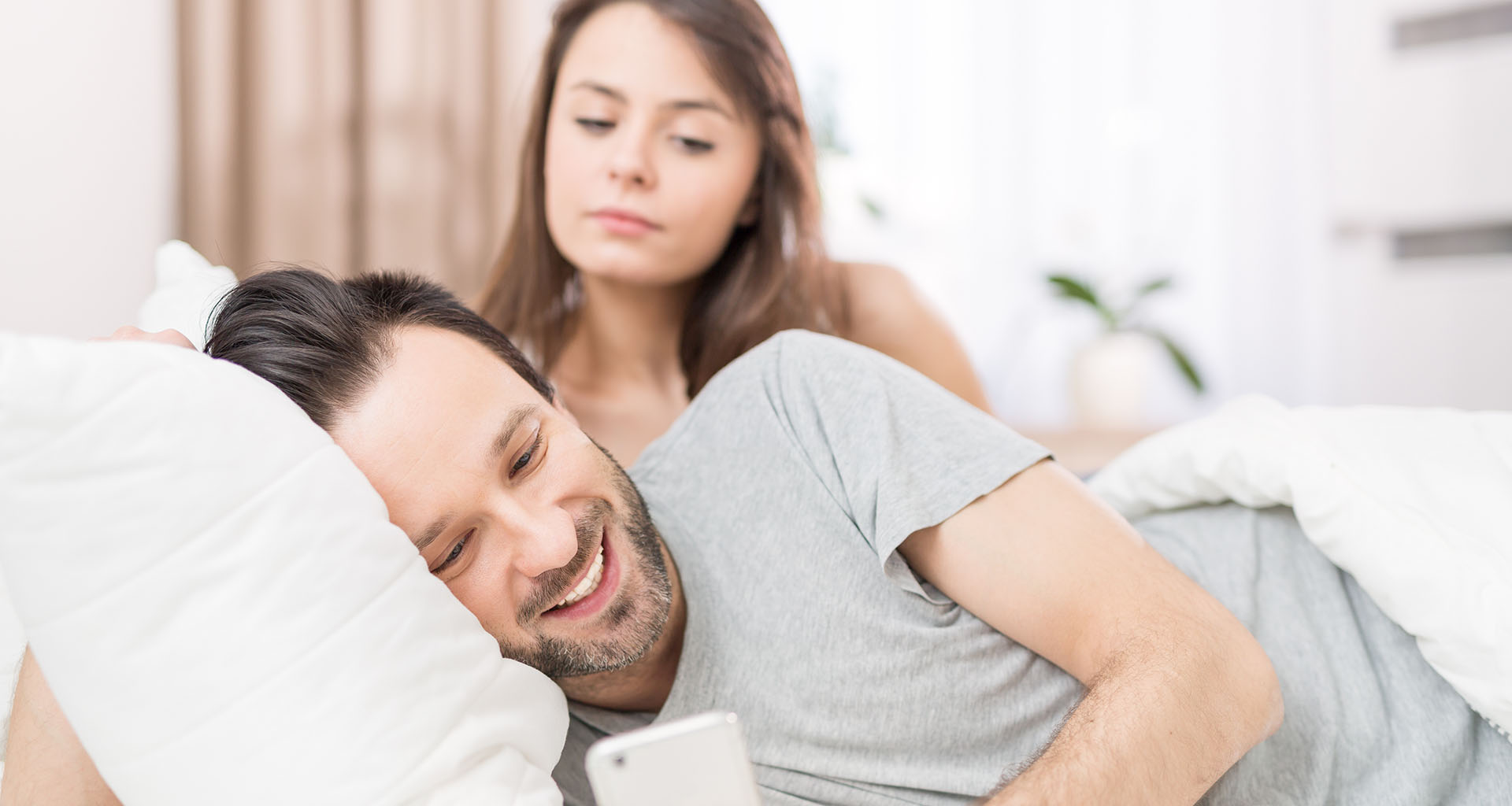 If you have suspicions that your significant other is cheating, it can be agonizing not to know. The signs may be there, but you might not have hard evidence, just suspicions that you can’t actually pin down. You can’t just rely upon waiting, either. If your partner knows what he’s doing, he might never slip up, leaving you to wonder if your suspicions have merit.

Don’t stay in that state of limbo. There are dozens of ways to find out whether your husband or boyfriend is cheating on you; just use one of these tactics.

What Is He Doing with His Phone?

1. Are there unknown numbers constantly popping up on his phone? You may need to find out who’s calling him, especially if you start to recognize a recurring number.

3. Cheaters often change the way they use their phone. Is your husband or boyfriend going into another room to take calls, all of a sudden? Is he getting more texts than normal? Those could be warning signs.

4. When he starts changing privacy settings, so you can no longer view anything on his cell phone, there’s probably something going on. It might not be a surefire sign, but it’s definitely suspicious.

5. Of course, your significant other may just be taking business calls. However, if you start taking notice of his phone calls, you may notice suspicious behaviors that warrant more research.

6. If he’s starting to put his phone on silent all the time, that could be a sign that he’s hiding something. He might not want you to know when he gets a notification, and that’s a suspicious move.

7. Check his phone behavior against his other behavior. Sure, he could just be a generally private person, but if he’s suddenly changing how he handles texts, gets moody, or refuses to be around you, there’s probably something wrong.

His Friends Might Know More Than They Let On 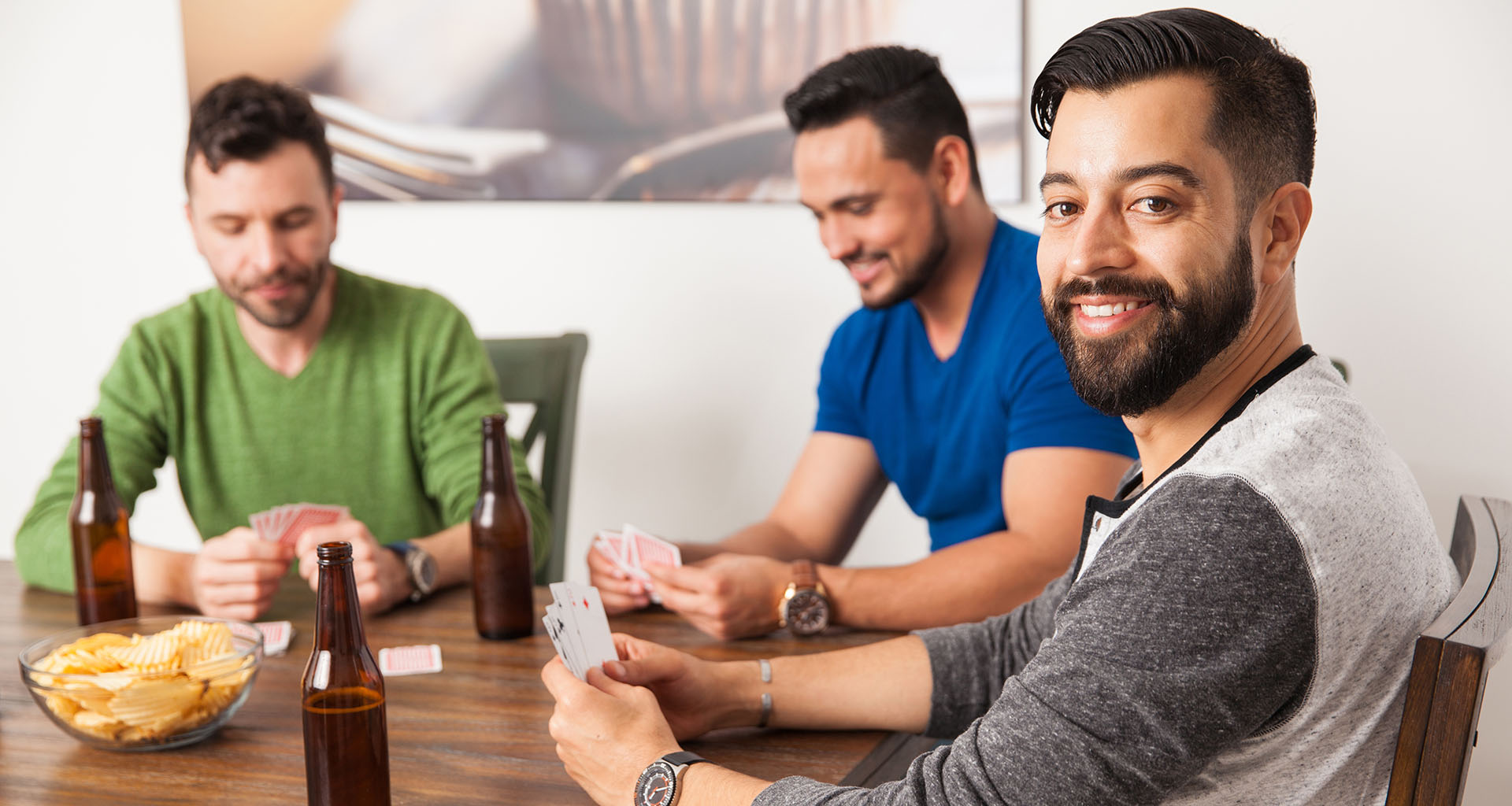 9. A cheater will often cover up his actions with an excuse such as, “I was hanging out with friends!” If you actually take the time to fact-check that statement, you might catch him in a lie.

10. Being friends with your partner’s friends is a great idea. In general, it’s a good way to become part of your husband or boyfriend’s life, but it can also be very helpful for catching him in a lie.

11. Even if he hasn’t talked about his cheating to friends, they might still be able to tip you off. People outside the relationship are remarkably good at noticing things that seem “off,” and his friends will probably be similarly helpful.

12. Even distant friends and acquaintances can sometimes tell when something’s off. If they have been in contact with him recently, they’ve probably noticed something weird, and if you ask, they might give you the information you need.

13. You don’t even have to contact his close friends. Take down the numbers that are calling him and ask people he’s often in contact with if they recognize any of them.

14. When you’re friends with someone, it’s less likely that he or she will lie to you, especially to cover up for someone else. Being friends with his friends makes them more likely to actually tell you the truth.

The Internet Never Forgets, Even if You Do

15. If your partner says that he’s deleted certain social media channels, but his friends tell you otherwise, you may have been blocked or deleted. That’s an incredibly suspicious sign, and one you should investigate.

16. Just by doing a few quick internet searches, you may be able to find social media profiles, or even dating profiles, that you don’t know about. It’s unfortunate, but it might uncover things with just a few clicks.

17. There are many ways a computer can reveal what your partner is doing online. Some of them require a bit more snooping than others, but you’d be surprised what you can learn just by logging on.

18. Especially if you met online, or both of you spend a lot of time online, you probably know a number of the usernames he’s used in the past. Try searching for those usernames and see if anything suspicious turns up.

19. Recovery options can help you find out what’s been happening with your significant other’s browser history. Use them to see if he’s been visiting dating sites or researching how to cover up an affair.

20. Many times, cheaters will use different email addresses to sign up for websites and converse with lovers. If you can find a previously unknown email address, you might be able to find other places he’s used it.

21. Especially if you’re in a committed, long-term relationship, be suspicious if he still has active profiles on dating sites.

22. Numerous apps and websites are dedicated to helping you find out if someone is single. While these can be useful for that cute person you met last night, they can also give you some insight on your current partner.

23. Just like deleting messages, deleting comments can be a warning sign. Whether someone just said something that he felt was too revealing, or he just wants to keep his profile clean, it’s something to investigate.

24. Check on social media to see if your significant other is actively doing what they say. It’s amazing how often a cheater will say he’s going somewhere, but then post on Facebook that he’s actually somewhere else.

Does He Tend to Be a Liar? 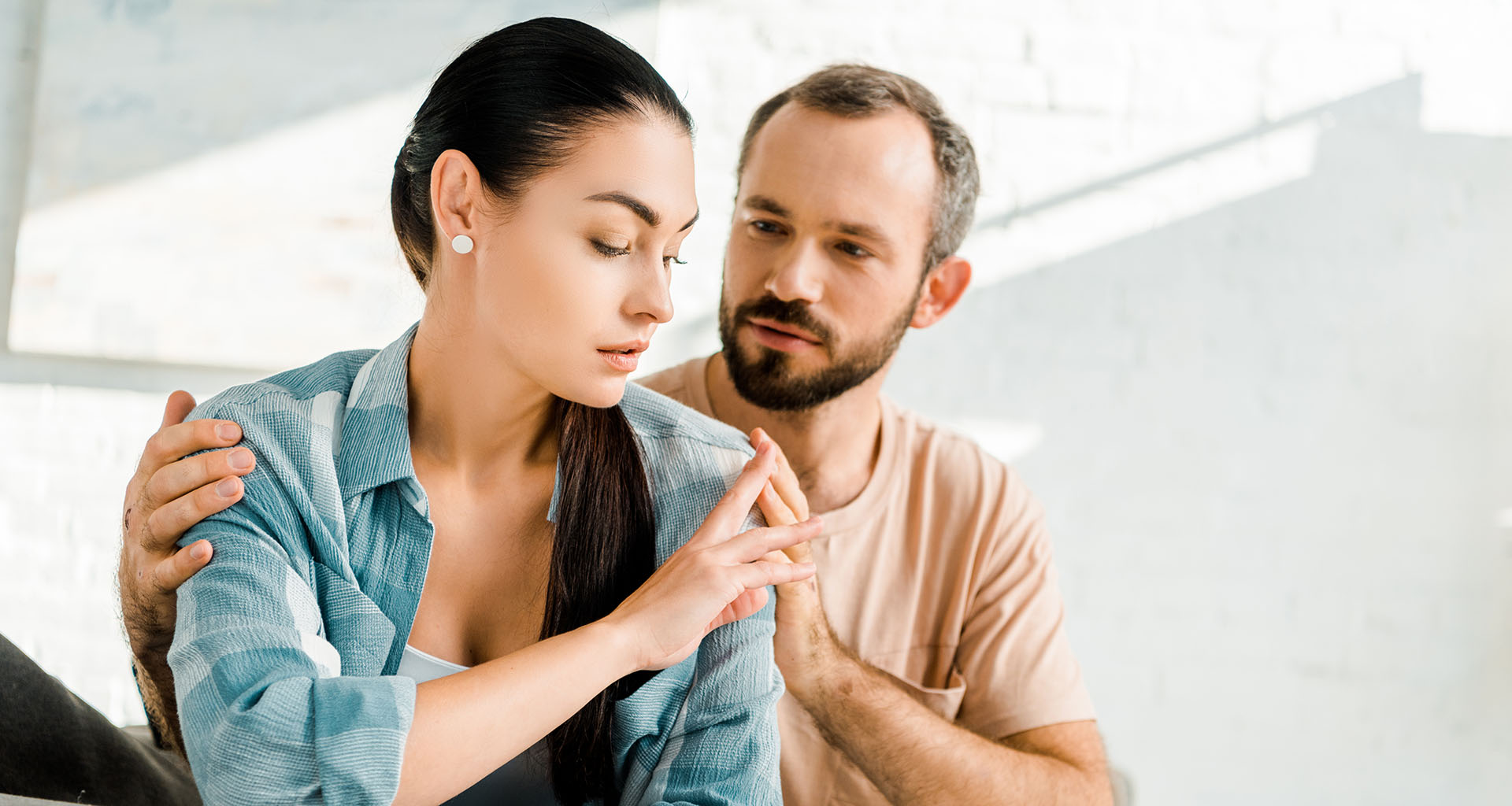 25. Lying is detrimental to any relationship. Even if the fibs you’re catching are fairly small, there’s probably something bigger happening behind the scenes.

26. Lies don’t have to be about current things. In fact, your significant other might be lying about his life before you two ever got together, and that past might hide some dark things.

27. He might have revealed a little bit of information about his past, but that doesn’t mean he’s told you everything. Use a PeopleFinders public records search to get the whole story.

28. Even if it doesn’t make sense for him to do so, he might continually lie about small things, just because he’s gotten used to doing it. That’s a big warning sign.

29. Weaving a web of lies can become hard to maintain. This means that if it starts to get too big, he’s probably going to slip up. If his stories don’t match up, look at them with a bit more of a critical eye.

30. Do you see him lie to other people? Even if he’s not lying directly to you, see if he’s really good at lying to others, because that might mean he’s good at getting away with it.

31. While there’s no blanket way to tell whether someone is lying, research over the years has presented many common indicators. Brush up on them and see if you start to notice them in his daily life.

32. Sure, there are plenty of reasons why someone might not want to disclose a checkered past. However, there are also lots of things you deserve to know about. Do a PeopleFinders criminal records search, and see if he’s hiding something he should have told you about a long time ago.

33. You shouldn’t necessarily expect to remember everything he tells you, and that can make it hard to keep tabs on everything. If you start a journal, you’re more likely to see what doesn’t add up.

34. As you build more trust in a relationship, you should start to learn more things about your significant other. After you’ve been in a relationship for a long time, and he still absolutely won’t tell you about certain things in his personal life, you may want to look into it more.

35. Where is he going? Where has he been? If he starts refusing to answer questions about what he’s doing, that may mean he’s doing something he doesn’t want you to know about.

36. Most people aren’t as good at lying as they think they are. There are all sorts of ways to tell if someone is lying, and most of them are actually pretty easy to figure out.

Your Relationship Status Might Be Completely Hidden Somewhere Online 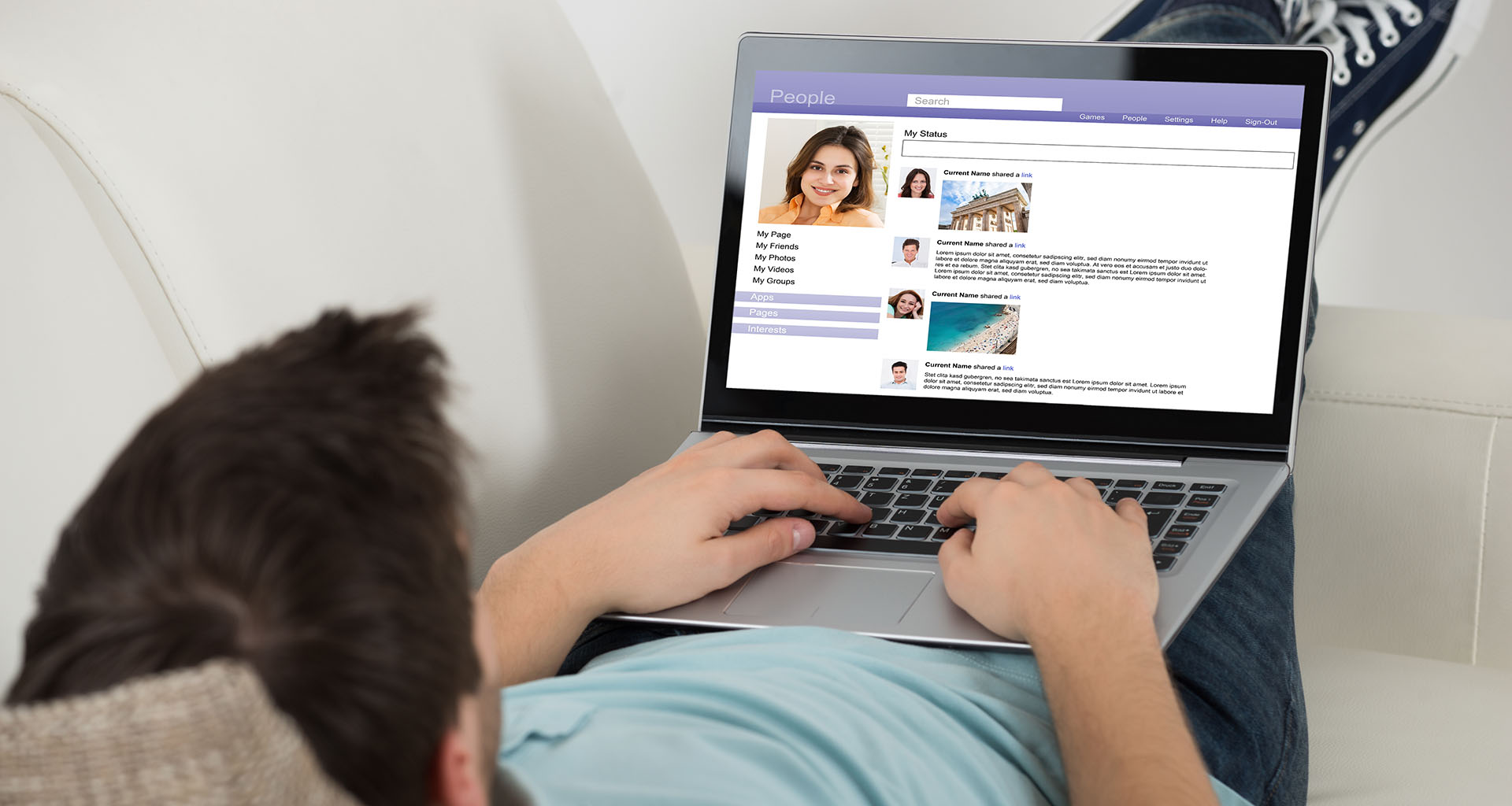 37. Following someone’s online trail isn’t actually that difficult. Even if he’s done some tricks to disguise himself, you can usually notice these online slip-ups fairly easily.

38. If you notice that he’s all of a sudden in a different crowd online, that might mean he’s trying to hide from his normal crowd. When you suddenly don’t know any of his friends, that’s a warning sign.

39. Oftentimes, cheaters will use more than one social media site, usually to talk with another lover. Do a search to find those social media profiles quickly and easily.

40. Lots of social media behaviors can get pretty close to cheating without crossing the line. If he’s trying to carefully toe that line, it’s probably a sign that he’s not entirely loyal.

41. Social media is an easy way to get hints that your significant other is cheating. There are plenty of social media habits that may tell you that he’s not as faithful as you think he is.